For better parallelism, per-cpu is needed. This could be done in by 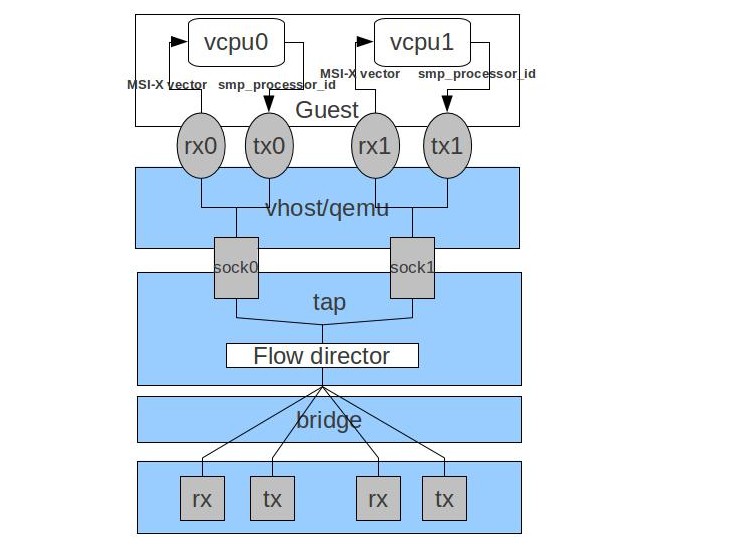 For better stream protocol (like TCP) performance, we'd better make sure the packets of single flow were handle in the same on vcpu. This could be done through implement a simple flow director in tap/macvtap/

The flow director is a hash to queue table which use the lower bits of hash value of packets as its index to query which queues the flow belongs to. The table is build during guest transmit packets to backend (tap/macvtap), and it is queried when backend wants to choose a queue to transmit packet to guest. It works as follows:

The flow director also needs the co-operation of per-cpu queues to work. 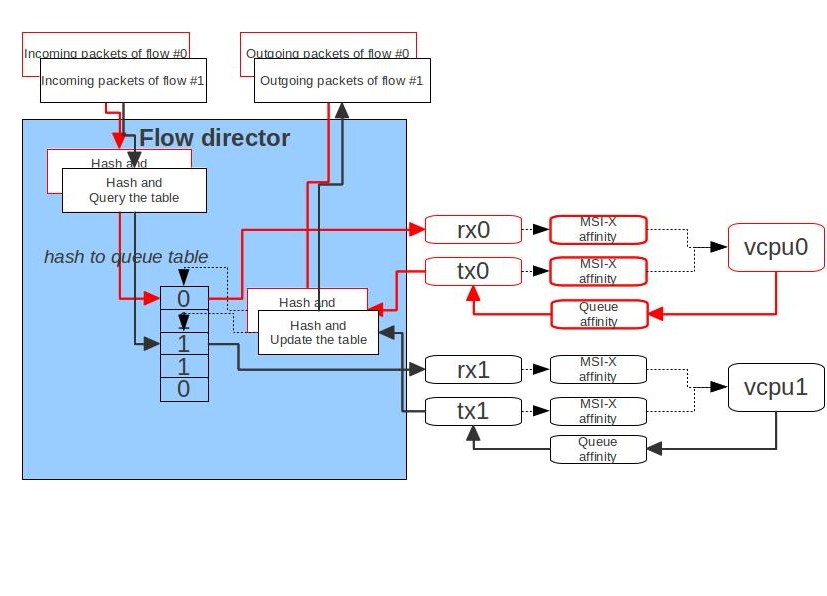